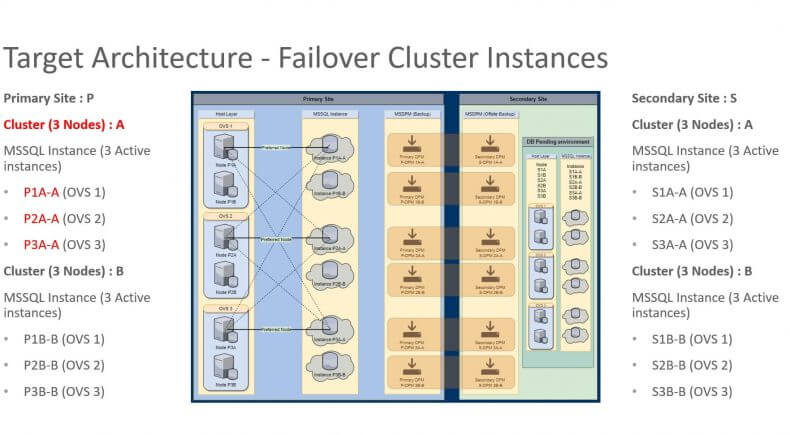 The environment is a private cloud dedicated to one application using SQL Server 2008 R2. It is delivered in SaaS model to over 1K customers (databases) all over the world. Hence, the cloud consists of over a dozen data centers located in three geographically spread regions. 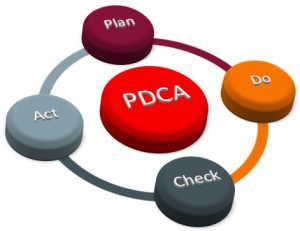 We followed PLAN-DO-CHECK-ACT (PDCA) cycle. Choosing that way was very beneficial. As a result, we managed to find out and correct wrong assumptions before they hit us. We went through several PDCA iterations, which resulted in PDCA outcomes.

Firstly, we evaluated existing environment, paying special attention to the configuration of the SQL server. The current specification of the database server looks like this:

We considered the following changes for implementation:

Secondly, we made proof of concept in isolated test environment. Initially, our choice of configuration was as follows:

It seemed to be feasible, but it turned out to be untrue.

Thirdly, we validated and thoroughly tested the entire configuration from both operational and development perspectives. As a result we came up with set of adjustments to be implemented. Furthermore, we spotted several environmental restrictions resulting in blockage for choosing particular option.

Finally, we implemented the changes to the original plan. Always On Availability Groups must have been skipped due to the limited amount of storage as well as concerns about network capacity. In-place operating system upgrade could not be considered after an in-depth analysis of virtual environment management. Out of place upgrade was the only option we could choose from. The assessment of the existing environment took quite long time. Initially, SQL server 2012 was the only available to use. Later, 2014 was released and finally 2016. Since it was certified by the development team, we had no other option but to use the latest database engine on the market. Although the SQL Profiler is deprecated, we choose it as a interim solution. The reason for this is that we had a working solution for collecting traces from all SQL instances. It could have been used the way it has been used so far. When we have more free time, the topic of Extended Events will have to be addressed.

After preparing, approving and testing the migration plan in a real test environment we had a long list of activities to perform. Here are some of them – the most crucial ones:

When all the above prerequisites were met, we could start the actual migration of the databases. PowerShell scripts triggered by Windows scheduled task were prepared beforehand. As a result, the whole migration was fully automatic, unattended.

Here are the steps we had taken to migrate single database:

How we monitor the migration:

Basically, we’ve been using two tools for the availability monitoring of the application as well as the database migration progress in question.

The majority of its usage focuses on host monitoring. Hence, we monitor CPU & RAM thresholds. Moreover, disks space utilization. Additionally, we have developed metric extensions using PowerShell scripts. Their main purpose is to alert us about Failover Cluster stability. In general, Oracle Enterprise Manager (OEM) will send us a warning message whenever a human reaction is required. Here You can read more about Oracle Enterprise Manager (OEM)

On the other hand, we use splunk not only for warning purposes, but also for data analysis as the work progresses. This allows us to see the data in almost real time. Then we can compare it with historical data as shown in the screenshot below. However, in splunk we collect not only host metrics as we do in OEM, but also more detailed data, such as a set of SQL Server metrics:

Here You can read more about splunk.